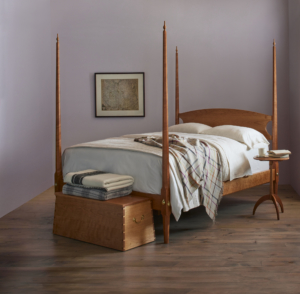 It’s hard to imagine our Pencil Post bed folding down into the size of a large suitcase. But the solid wood design was inspired by the early modular English Field Bed, built to support a canvas mattress and canopy of mesh netting to keep out mosquitos. However, if we dig even further into antiquity, we find the roots of our four-poster bed go even deeper. 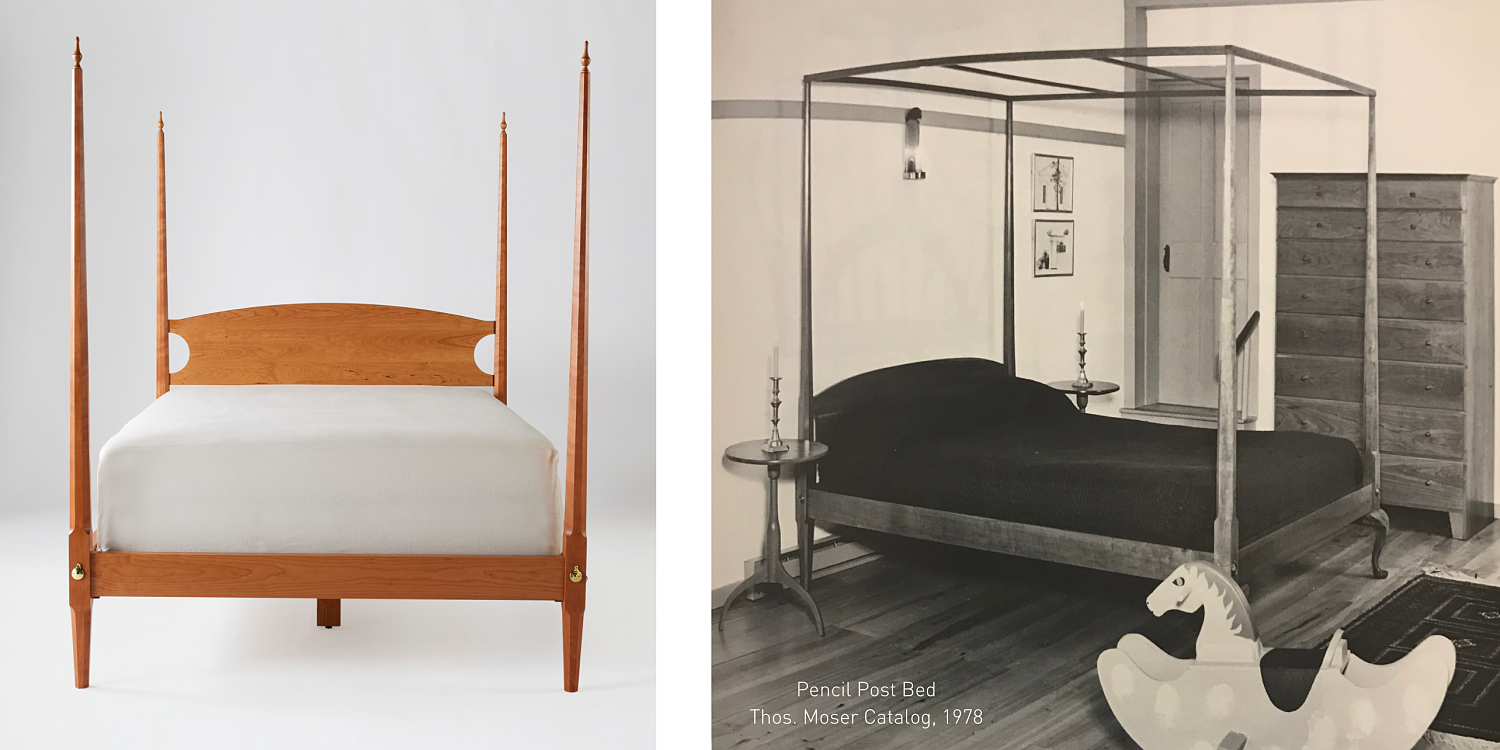 In 1925, a photographer documenting an excavation in Giza noticed a patch of what appeared to be flaking limestone. The local crew determined it was plaster and began clearing the area before removing a mortared stone barricade. What they discovered was a shaft more than 85 feet deep. Having reached the base, they pulled back the masonry wall and found a jumbled grave of goods and the final resting place of Queen Hetepheres. Within the fourth dynasty Egyptian tomb, they found an alabaster sarcophagus, gold and copper bracelets, wooden furniture, and a bed with a canopy and curtain box to rest atop four posts, each encased in gold. 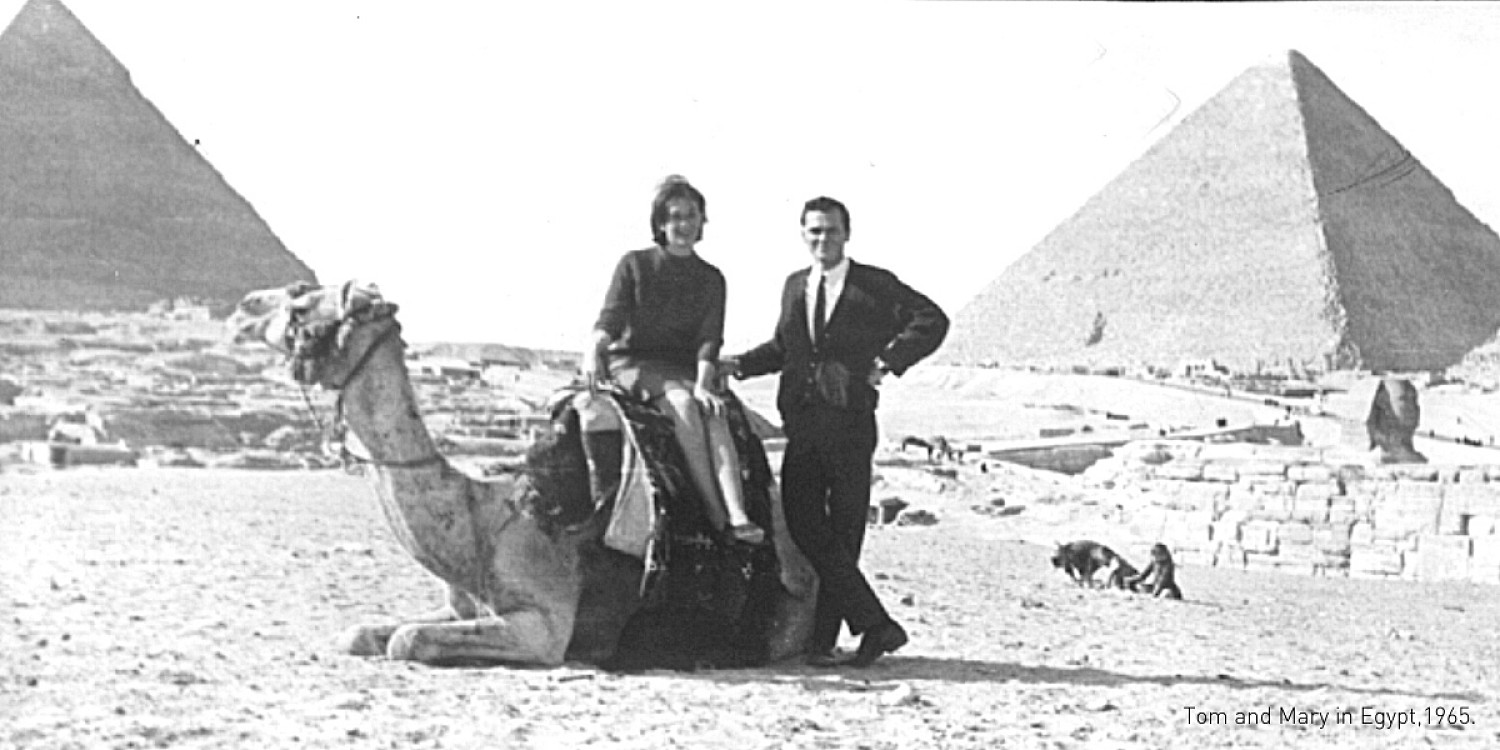 This royal design would travel across desert sands via camelback to faraway outposts providing comfort and protection to the Queen and wary explorers. Its noble roots would soon set sail across the Meditteranean landing in Greece, where the name “canopy bed” is derived from the Greek word kounoupiera, meaning mosquito net. From the 13th -15th century Europe the bed became more grandiose with intricate carvings and elaborate canopies fringed with silver, gold, and silk. From the 16th century on, the canopy bed was the most coveted possession of household furniture and passed on through the generations. Eventually, this bed would find its way across the Atlantic Ocean transformed into a modular folding bedstead where George Washington would rest his head at camp. 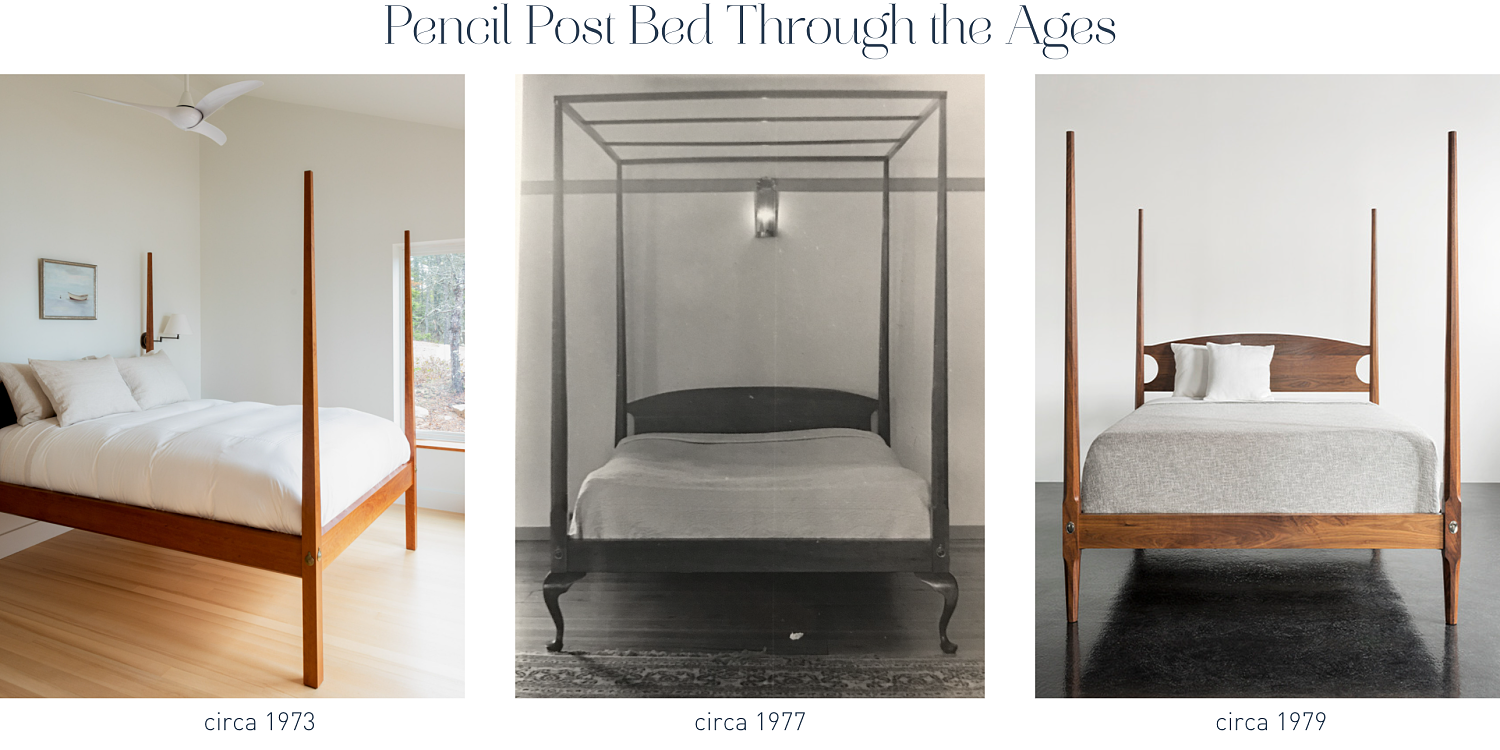 In the late 1970s, Tom noticed this noble design and began to create his version of the four-poster bed. Drawn to the classic design, the history and wanderlust of the piece provided profound inspiration. Tom remarks, “How do you take a design that has withstood the test of time and make it your own? The bed has an extensive and varied history, but I knew I wanted to strip it down to its simplest and purest form. I drew most of my inspiration from the 18th-century English-style field bed and even included Queen Anne legs to the design at one point, but the Pencil Post bed we craft today is the culmination of several designs.” 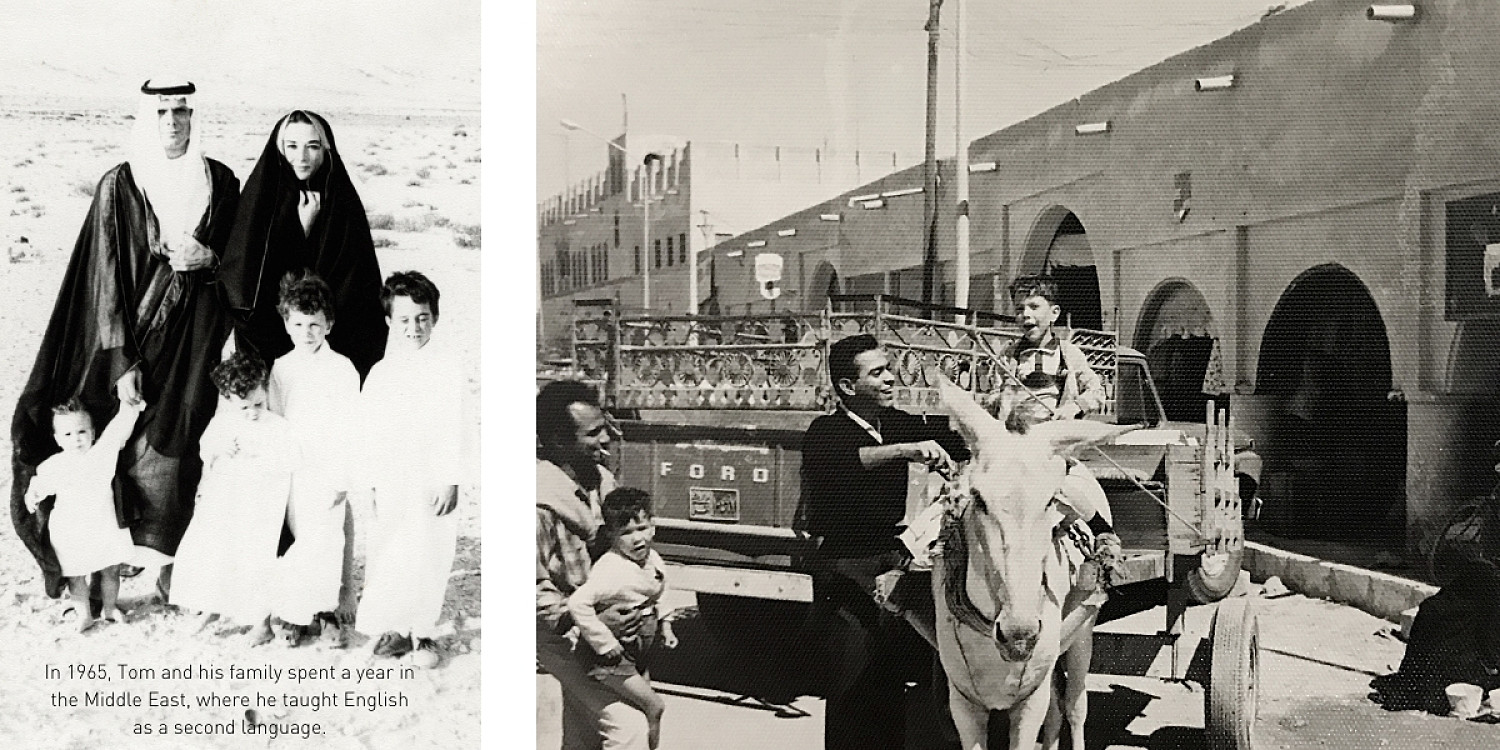 The provenance of many of our designs tells a story of high adventure, exploration, nobility, and utility. The Pencil Post bed protected an ancient Egyptian queen from the elements, a Captain’s Chest safeguarded a sea-faring explorer’s belongings, and the Shaker Round Stand’s purpose was to hold a single bedside candle to read a poem or scripture before retiring for the evening. The heritage of these pieces continues to inform the designs of a new millennium where we have embraced modern machinery but hold fast to the beauty and importance of traditional skills. And perhaps, some years from now, a young aspiring designer will climb into their Pencil Post bed and read a story of a craftsman from a faraway land called Maine and a woodworker named Tom who designed the bed their grandparents gifted them. 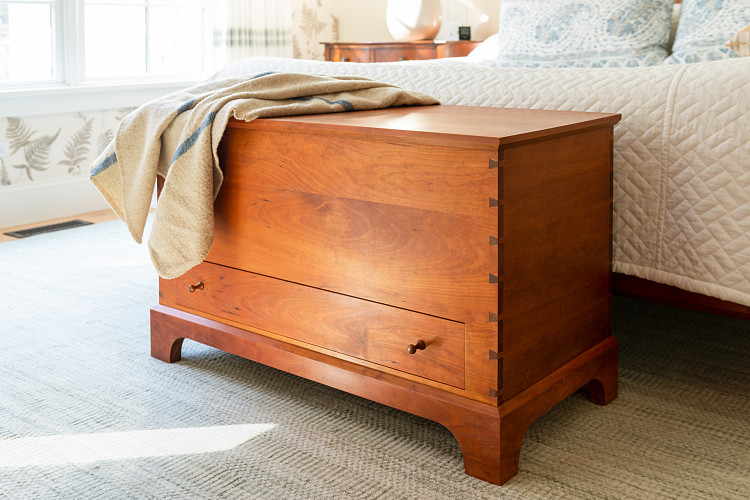 Mr. Ferguson had second thoughts about hiding the Blanket Box in the basement. Of course, that wasn’t until he was lugging the solid cherry box up the stairs at three in the morning on Christmas Eve. 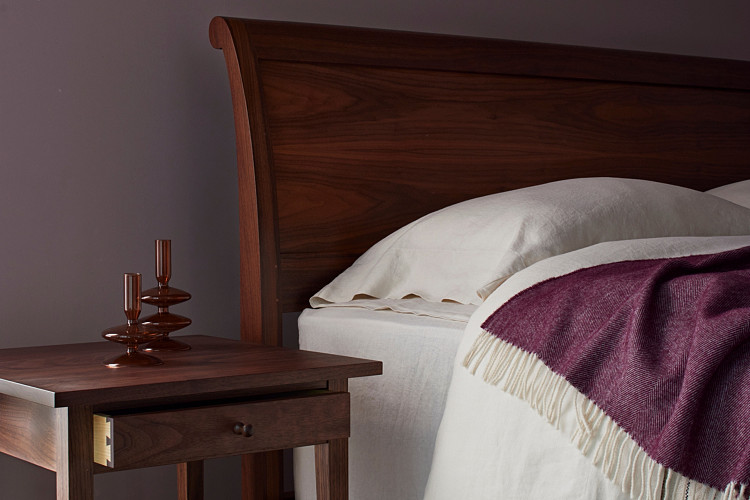 Who are we without a good night’s rest? Our guide for selecting the Thos. Moser bed of your dreams will have you resting easy in no time.

Inspiration in Your Inbox

Sign up for emails to enter a chance to win a $1,000 GIFT CERTIFICATE