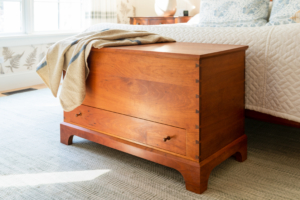 Mr. Ferguson had second thoughts about hiding the Blanket Box in the basement. Of course, that wasn’t until he was lugging the solid cherry box up the stairs at three in the morning on Christmas Eve. For in the wee small hours of Christmas morning 1986, struggling as he was, his wife, for whom the cedar-lined chest was for, didn’t hear a peep. 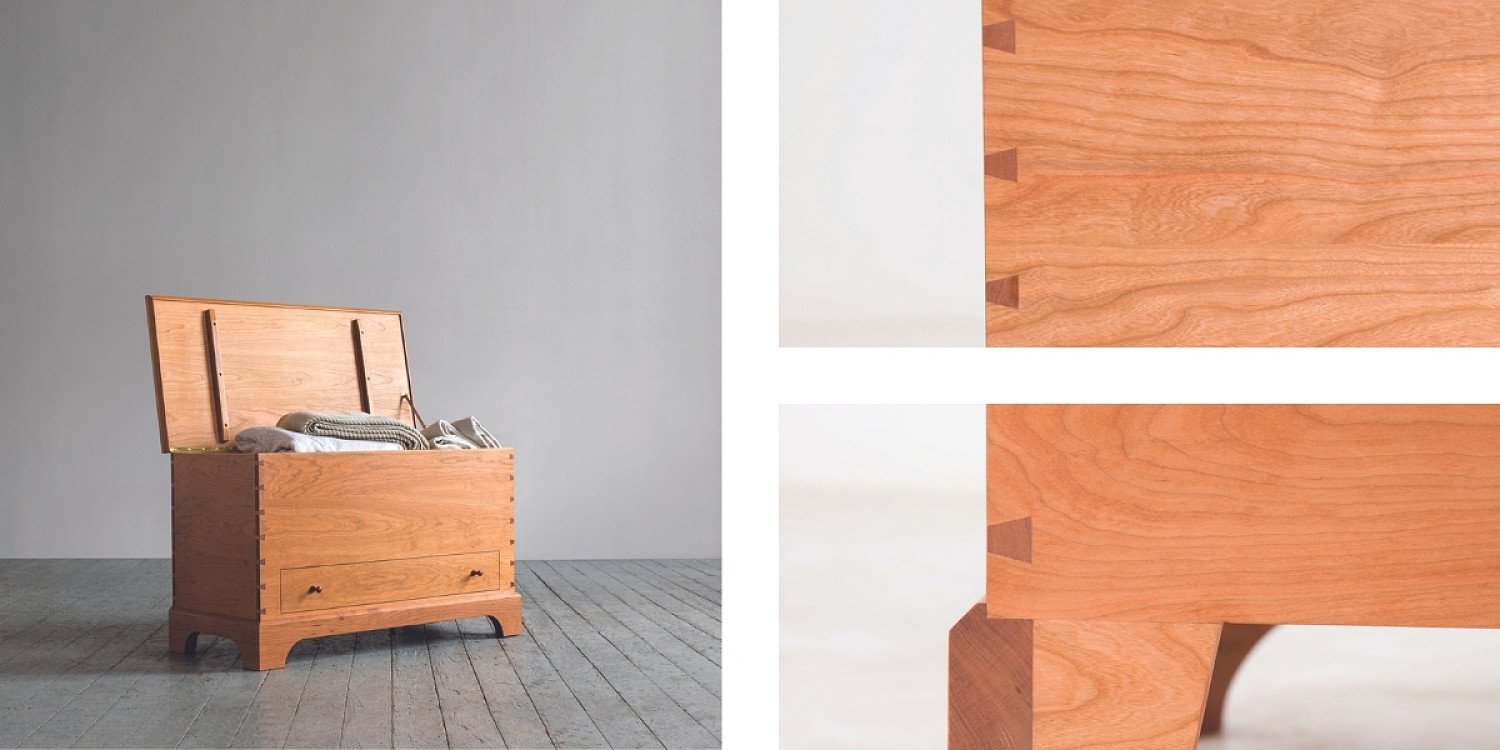 Mr. Ferguson had always liked Shaker-style furniture due to the clean linear forms, which he attributes to his science-based background. For Mr. Ferguson, the Shaker-style craftsmanship resounds throughout the structure of the Blanket Box both in its form and construction. Dovetail joinery is paramount throughout the piece, and classic touches like the wooden knobs culminated in a piece that fit his style to a tee. 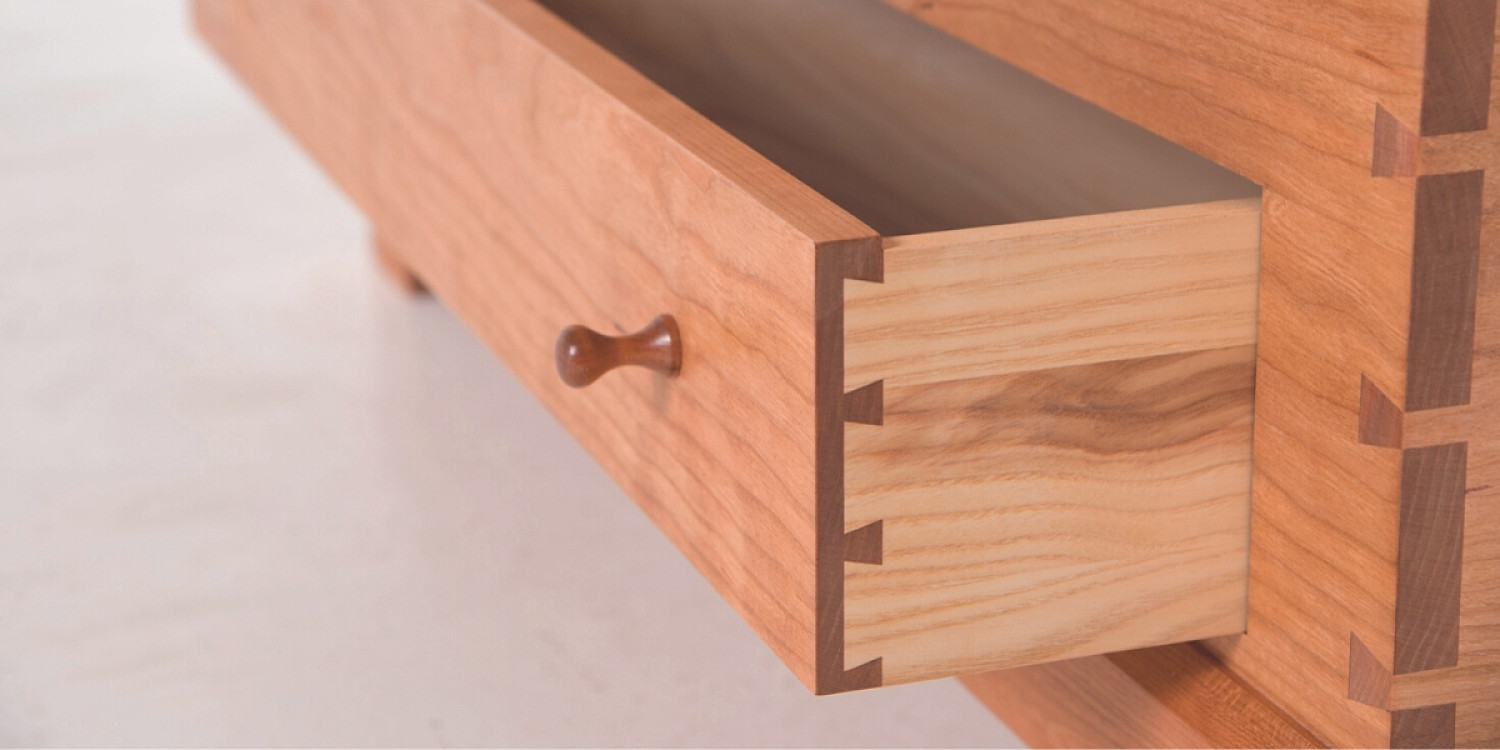 When he first saw it in the catalog, he visited the Freeport showroom and viewed it in person. Seeing the hand-waxed cherry box glistening in the light, Mr. Ferguson knew this was what he wanted to give Mrs. Ferguson that Christmas. The “ice-breaker,” as he affectionally calls it, has moved with them from one home to the next, and its rich patina grows deeper with each passing year. As with every piece of Thos. Moser furniture, the Blanket Box, is signed by the craftsperson who made it. However, with Mr. Ferguson’s foresight and growing appreciation for a Maine company and the man who started it, Tom Moser’s signature also accompanies the piece. 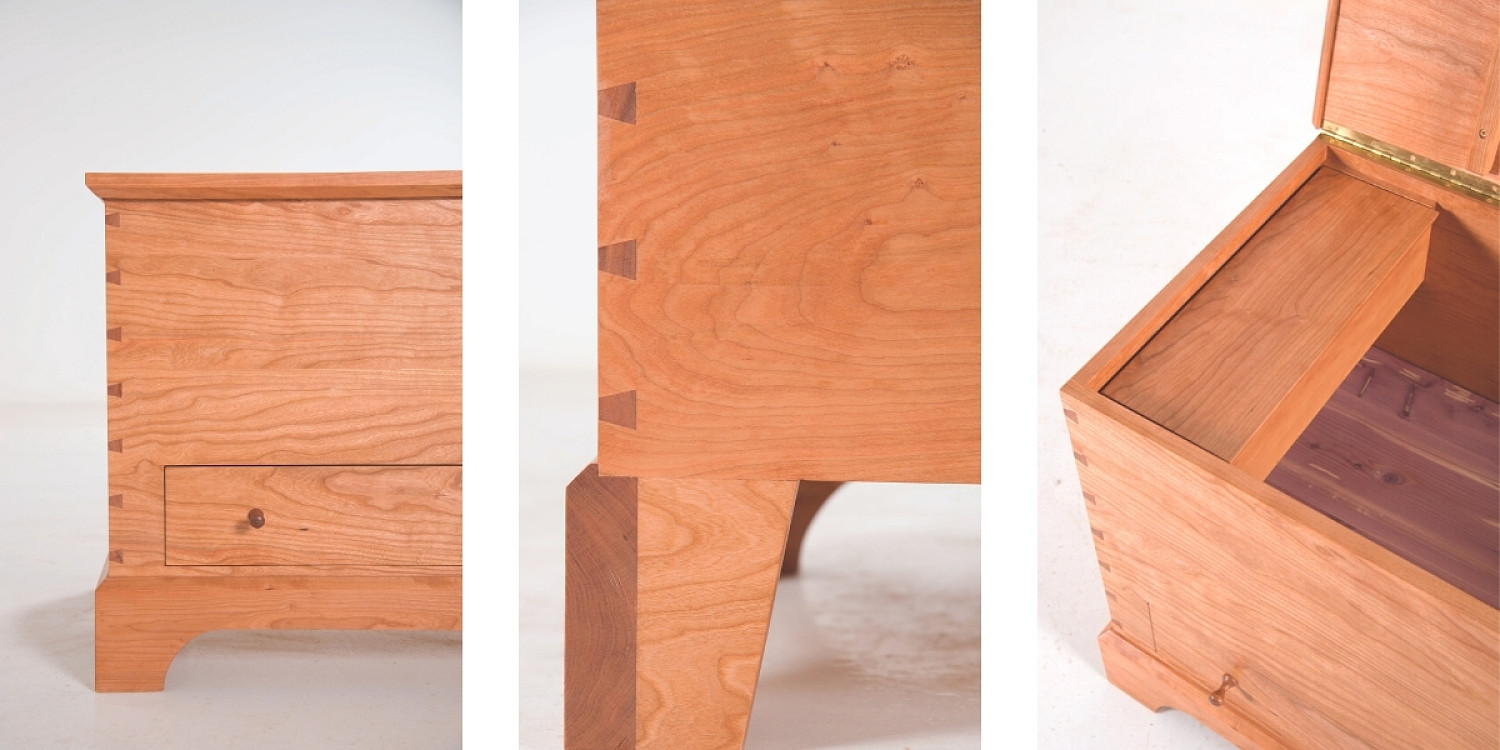 Now, both Mr. And Mrs. Ferguson love the beautiful wood and craftsmanship of their furniture. “It has aged gracefully over the years and developed a lovely patina,” says Mrs. Ferguson.  Over the years, the Ferguson’s have added to their collection of Moser furniture to celebrate an anniversary or Christmas. These days, the unique gifts are not hidden in the basement, but the same feeling sparked by the sight of the blanket box, nestled within the pine boughs and twinkling lights on Christmas morning, accompanies each new piece they bring into their home. And every evening, seeing their first piece resting at the foot of their Sleigh bed as it has for the past 35 years conjures sweet memories of lugging that first piece up the stairs and warms the space as they settle in for a long winter’s nap. 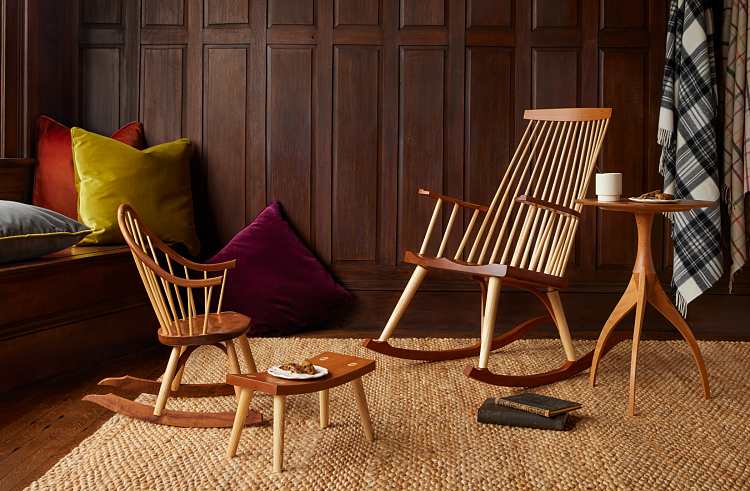 There is a piece of furniture within the Moser catalog that immediately stands out for each of us. It invokes a familiar feeling of comfort, childhood memories and feels like it was specifically designed just for us. This is precisely how a member of our customer care team felt when they walked through the lobby doors at Thos. Moser and saw the child’s size Continuous Arm Rocker. 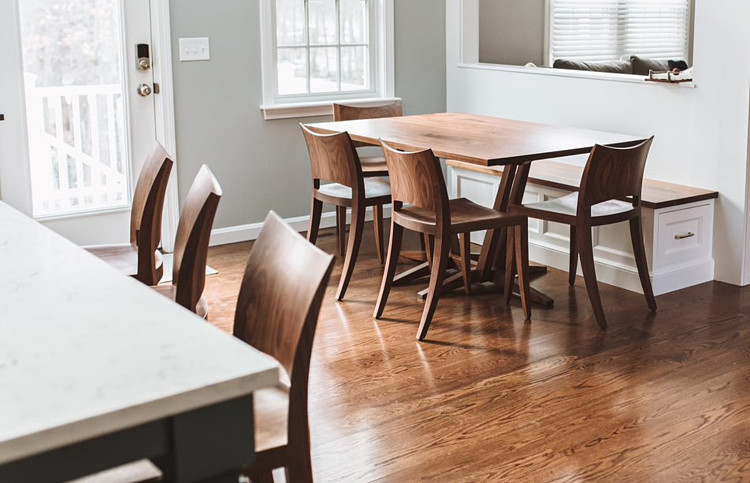 The kitchen of the Calistri’s Massachusets home was dark and dated, and they wanted to create an inviting space where they could comfortably entertain friends and family. Their vision for the new kitchen and breakfast nook was a bright, contemporary, intentionally inspired space molded around their minimalist aesthetic.