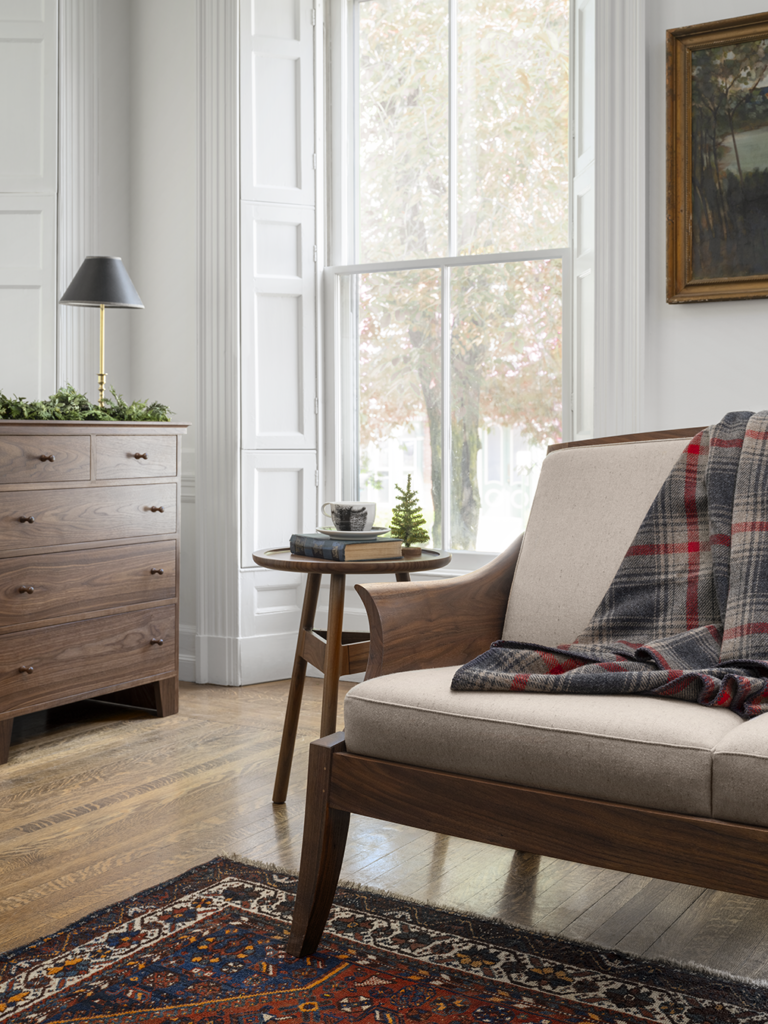 The Blind Tiger: An Inn Made For Memories

When looking for a space to shoot our fall catalog, we hoped we could find a home that would conjure up memories of families gathering together. Where everyone would come together around the fireplace, share meals, tell stories, and a home that you knew you were welcome at any time. We decided to pull upon those familiar heartstrings and stay close to home. We landed in Portland’s historic West End at the Blind Tiger Inn.

The interior of the Blind Tiger offers traditional federal style architecture, rich colors, and cozy gathering places. This blend of classic sophistication, coupled with modern décor, spoke to the design of our furniture. Simply put, it was timeless.

An Inn with a historical past

In 1823, Joseph Holt Ingraham built the elaborate home with funds he received from a distant uncle. The mansion was then occupied by the Thomas family, who employed famed Portland architect John Calvin Stevens to expand the original footprint to accommodate the lavish gatherings and guests the family hosted. During Prohibition, the home became known as “Social Corners,” where the festive gatherings moved subterranean in what is now the basement Billiards Room. 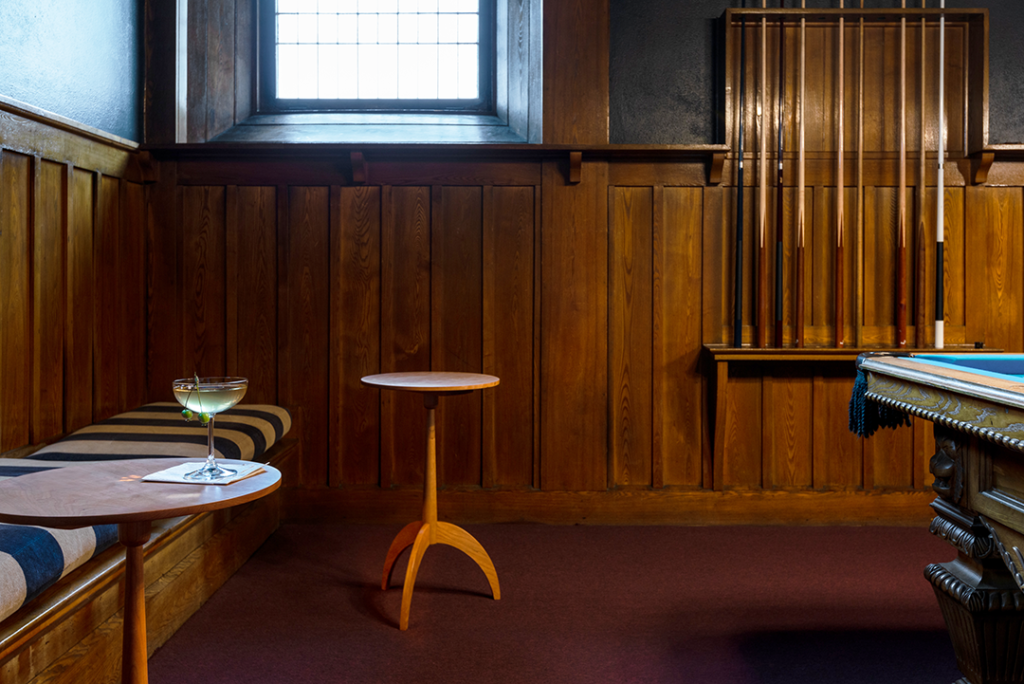 Over the years, the building would be the original location of Portland’s Waynflete School, a rectory and church office, and then, in 1993, underwent significant renovations, maintaining the speakeasy and copula that overlooks downtown Portland and the harbor, opened as The Danforth Inn. In 2019, it re-opened as the Blind Tiger.

What’s in a Name? 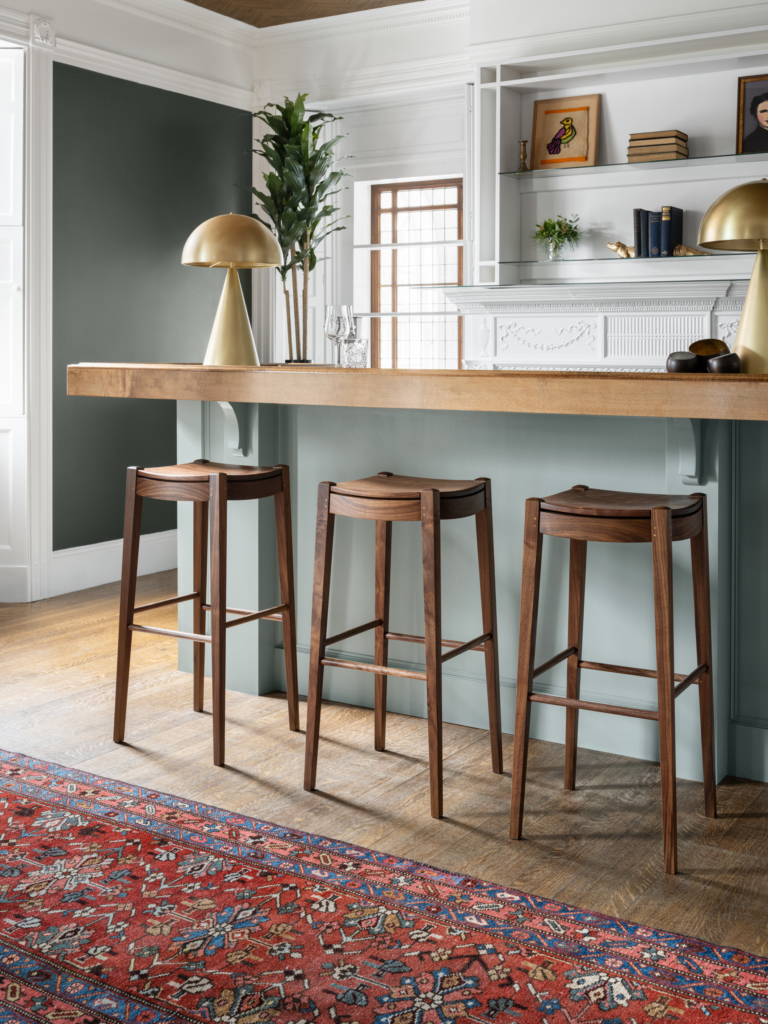 Leading up to national Prohibition, Maine was the first state to pass laws that banned the sale of alcohol. But, illicit establishments, like the one in the basement of the inn, continued to offer places for people to gather and have a drink. A “Blind Tiger” was during that time, a common term for a place where you could gather socially and find a stiff drink. 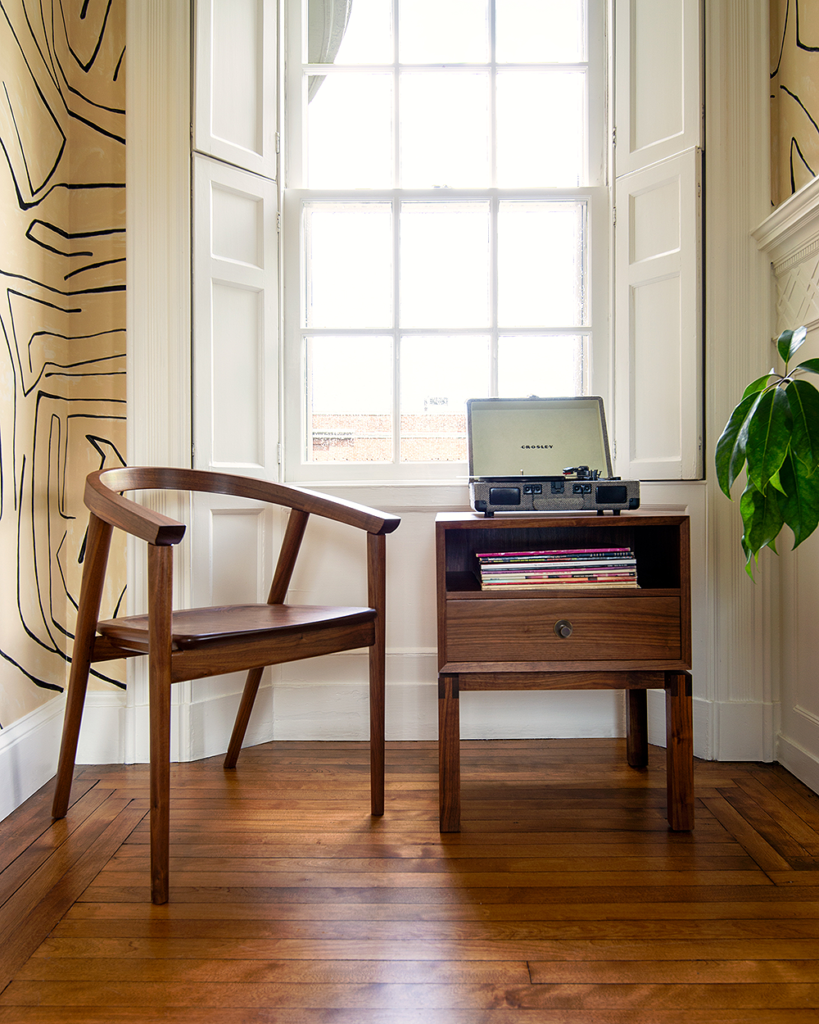 Of the nine guest rooms in the hotel, no two are alike. Each one has a unique personality and style, yet there are common threads that run throughout the hotel. Each one is consciously styled and curated to reflect the extraordinary story of its inspiration. The bedroom that features our Edo Bed was inspired by Winslow Homer’s Stormy Eight Bells scene. The suite showcasing our Oval Coffee Table is appointed to indulge for most experienced Bon Viveur.

A Place to call home

The common areas, dining spaces, and rooms of the Blind Tiger Inn showcase the vibrant creativity prevalent in Portland and throughout Maine. For us, this boutique hotel is the embodiment of innovation, forward-thinking, and an homage to the history of a city and the welcoming people of Maine. No matter what the occasion, the inn provides a place to gather, celebrate, and enjoy the best life has to offer. For us at Thos. Moser, this IS home. 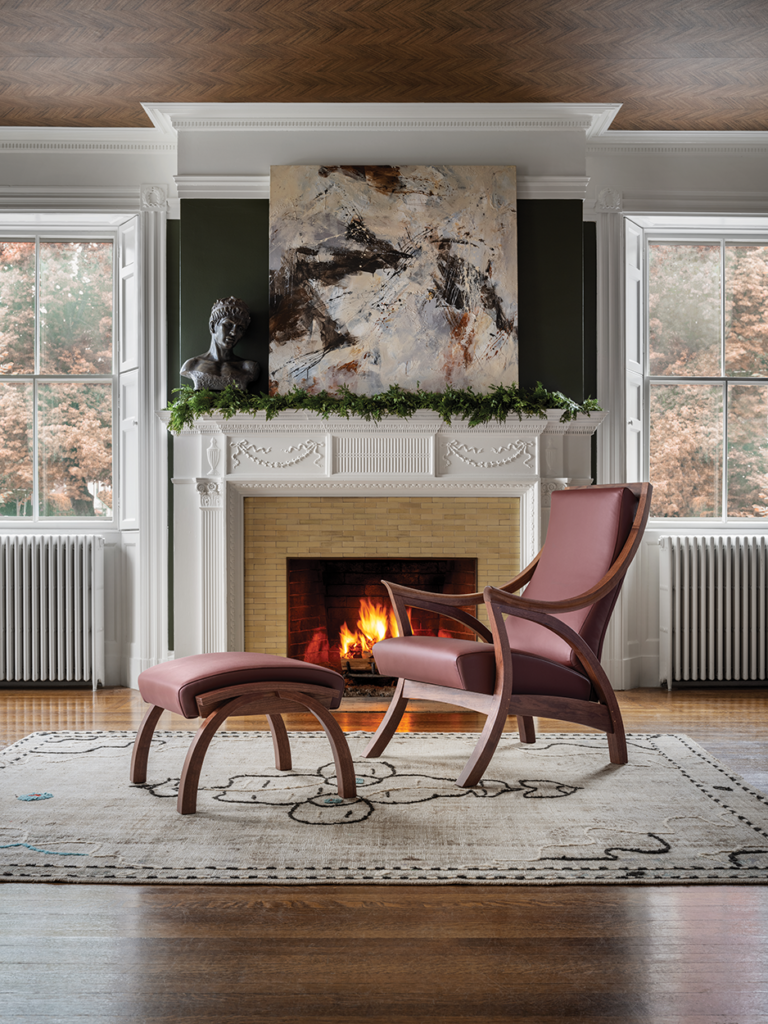 You may also enjoy… 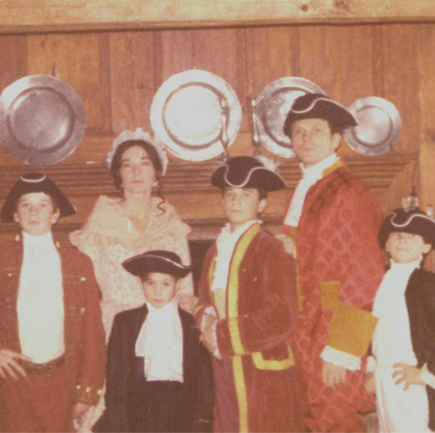 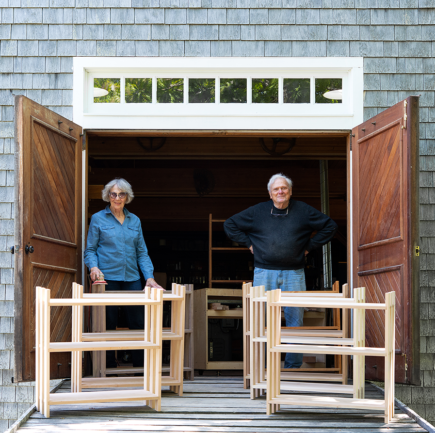