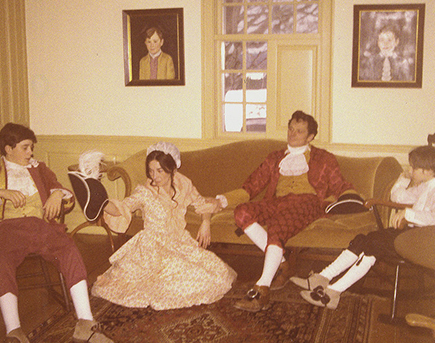 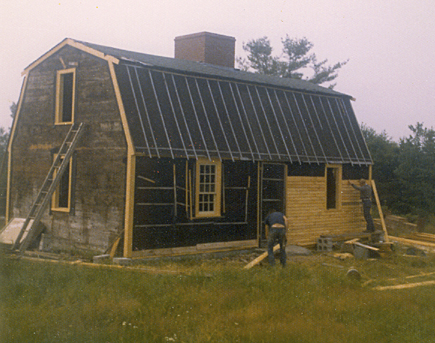 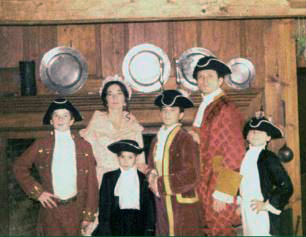 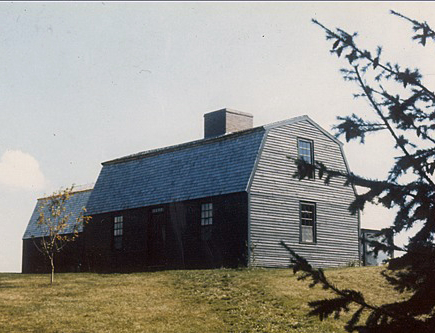 In the days leading up to Christmas 1971, Mary Moser was growing anxious. Raised in a big family, her childhood Christmases had always been bustling and crowded, but this was the Moser family’s first year in their new home in New Gloucester, and their usual guests were away. Mary was also having trouble finding a gift to help her four sons feel at home, a “taproot,” as she called it. Then something caught her eye at the curious shop Madam Dapeau’s.

On Christmas morning, Mary passed out large boxes to Tom and their four sons and said, “Get changed.” Inside the packages, her husband and the boys found historically accurate costumes from the 18th century. They pulled out tricorn hats, the three-tipped hats popular during the Revolutionary War, and blouses with jabots, the frilly ornamental fabric.

“Where on earth had mom found these costumes?” 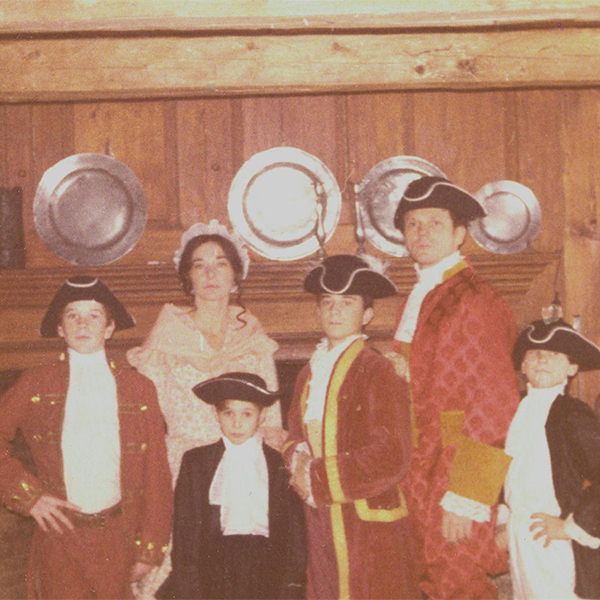 The Isaac Parsons house, built in 1762, was the first wood-framed building in New Gloucester, and the property also held a second home constructed in 1781. Tom and Mary purchased both from the original descendants. With nearly all the woodworking intact, the houses had floorboards made out of pumpkin pine, nine fireplaces, three Dutch ovens—even an outhouse. Tom would establish the first Thos. Moser workshop in the basement.

A table made for memories

The Moser Family’s First Christmas in New Gloucester, Maine Tom and the boys still remember that first Christmas as one of the best in family history. “The most important thing, the costumes shared the spirit of family,” says Mary. “It was just a fun day.” The Moser family was joined by the couple across the road and Tom’s students from Bates College, and everyone crowded around the white-pine trestle table Tom had made. 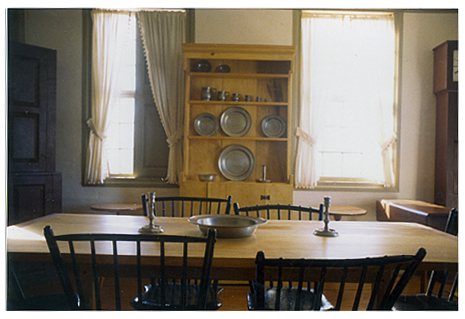 In the years to come, the family used the table for everything. Mary and Tom planned the origins of the Thos. Moser furniture company at that table. When Mary transformed the family dining room into the first Thos. Moser furniture showroom, the trestle table sat at the very center. The family used it so much the legs would become loose at times, and Tom and his sons would sure them up by tapping tapered pieces of wood into the mortise-and-tenon joints. It would grow and change with use, building more character with each ding and scrape but never losing its beauty or functionality. “We build furniture for homes,” says Mary. More than half a century later, the table sits in the Thos. Moser archives and will be passed down to the next generation. With her sons and their families now visiting her and Tom for the holidays, Mary needs a much larger table to accommodate “the crowds.”