Mortise and Tenons: A conversation with Andy Pinkham

Andy Pinkham has been thinking about joinery for at least 21 years. When he arrived at Thos. Moser as a young cabinetmaker, he was on his way to becoming Maine’s first apprentice in woodworking in the state’s journeyman program. More than two decades later, Pinkham is a permanent fixture at Thos. Moser and a self-professed furniture snob.

“I’ll go into a furniture store and see plywood with veneers instead of hardwood, or metal clamps and screws holding furniture together… oh my gosh, it’s nonsense how poor the quality is that you see out there in the world,” he laughs. But rather than spend too much time bemoaning the mass-produced products found in big box stores with their tell-tale faux joinery, Andy likes to immerse himself in creating perfection in every piece of Thos. Moser American furniture. Much of the value of a Thos. Moser piece, he says, comes down to the exquisite joinery. 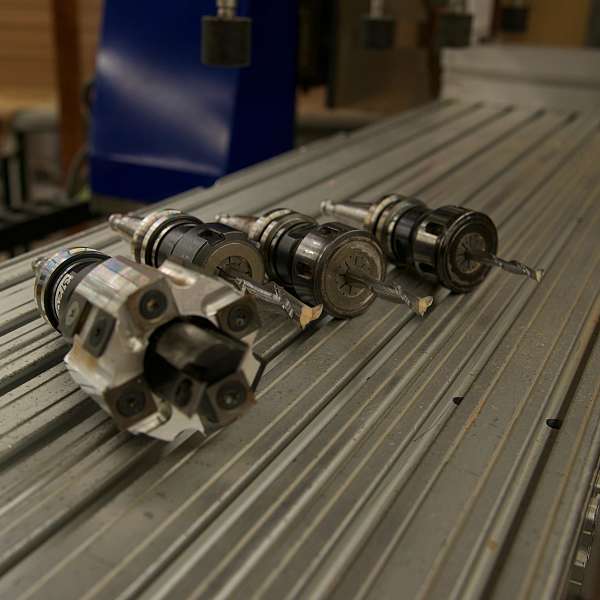 Milling a Mortise and Tenon 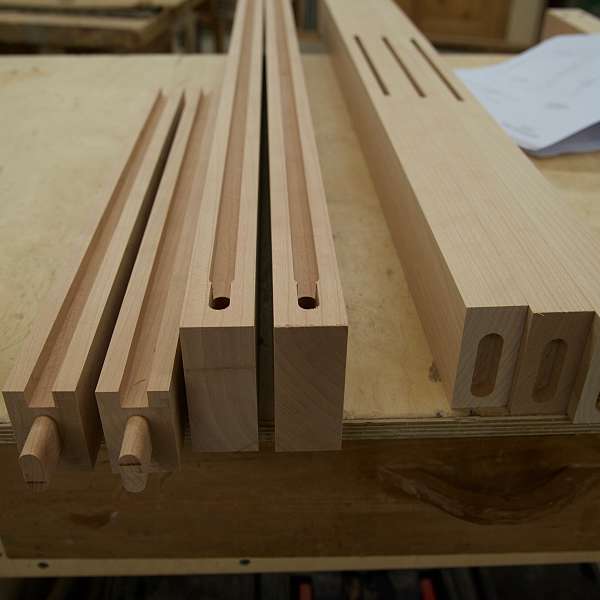 Once the mortise holes and tenons have been cut, the wooden elements are ready for assembly. 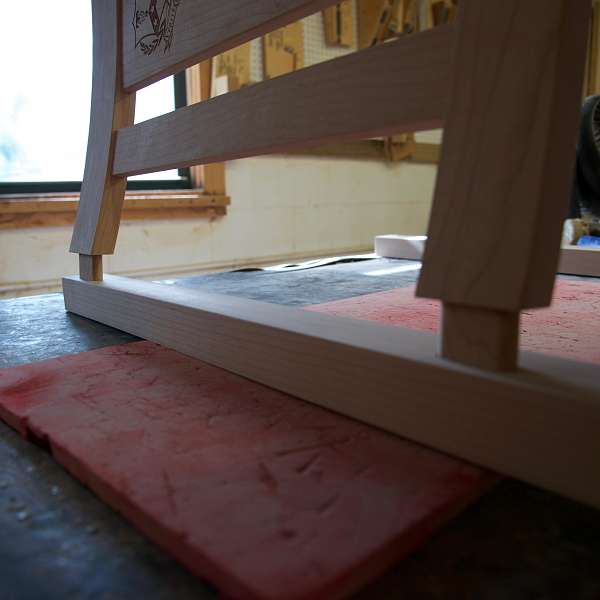 The tenon fits into the mortise hole with precision, joining the two elements with lasting strength.

One can find quality joinery in much of America’s pre-1950s furniture, but many manufacturers lost their way after the 1950s and 60s with the emergence of quick, industrial furniture manufacturing. In the 1970s, Thos. Moser brought quality back into the public domain with his adaptation of American Shaker-style chairs. “He transported the modern woodworker back into classic joinery and made it visible to the world again,” says Andy.

As a maker, Andy is fond of most aspects of the furniture created at Thos. Moser — but he has a special appreciation for the mortise and tenon joint. “The mortise and tenon is one of the classics of woodworking joinery and one of the oldest forms of joinery in the world,” he explains. “The Chinese used it for their buildings, the Egyptians used this joint in 2500 BC. It’s been around forever.” Woodworkers around the world have used it for thousands of years to join pieces of wood at a 90-degree angle.

Andy notes that while the mortise and tenon joint is not as pretty as some of the other joints like the dovetail, this joinery is sturdy, simple, and strong, and it graces a full 90 percent of the furniture at Thos. Moser, including most of the tables, dressers, cases, beds, and many of the chairs.

“This joinery provides pure strength,” says Andy, who as a father, appreciates the longevity of well-made furniture that doesn’t fall apart under heavy use. “All of the furniture in my house has been taxed,” he laughs. When furniture is not made with quality foremost in mind, you have pieces assembled with screws or other screwed in hardware. As soon as there is any kind of movement, the screws start to back out and eventually the piece falls apart. They will sometimes use what’s called a butt joint, which involves sheer wood being joined to another piece of wood with glue and screws. “That’s a cheap way to do it,” says Andy. The mortise and tenon joint allows natural movement to occur, letting the joint shift gracefully on its own over time. The mortise and tenon joint allows the wood to swell and contract with weather and pressure without compromising the integrity of the piece.

This sturdy joinery is not visible to the naked eye – it’s often hidden on the interior of a piece of furniture – but it’s essential. “You may not see it, but you want it there because it will last more than a few lifetimes,” says Andy.