Chat with us, powered by LiveChat
Skip to content

to be mindful of a future beyond our own

Thos. Moser, the company and the man, have embraced the notion of sustainability and conservation of resources for decades, making it part of our mantra long before it became a popular buzz phrase in everyone’s mission statement. We have never used non-sustainable materials, always saying no to opportunities where exotic or endangered woods were specified.

Our pieces are made from North American hardwoods, including predominately black cherry from the Allegany Plateau, as well as walnut from the riverbanks of Missouri. North American hardwoods are naturally renewable, which means that no planting of seeds is required and natural regeneration follows selective harvesting. According to the U.S. Forest Service, black cherry, along with most other Appalachian hardwoods, is growing faster than it is being harvested. Less than 60 percent of the net new growth is harvested annually. 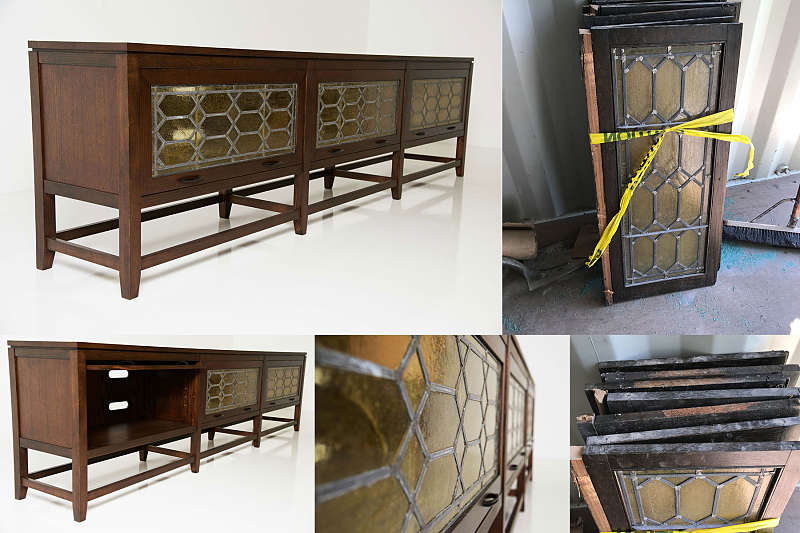 When Thos. Moser builds furniture, we strive to honor the life of the tree by creating a piece that will last at least as long as the tree took to grow. By building products that last a very long time we further contribute to the sustainability equation, avoiding the near-term need for replacement.

With sustainability always on our minds, our team relished the opportunity to work with one client who wished to reclaim salvaged stained glass windows from their fire-damaged home. Working with the client’s architect, our team crafted a stunning, oak credenza with three, antique stained glass windows serving as the cabinet doors. This project stands in testimony to Thos. Moser’s creativity,  commitment to conserving, and the ability to provide custom pieces that are the heirlooms of tomorrow.