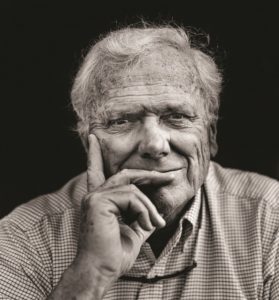 Growing up in Chicago, Tom Moser learned to work with his hands from his father, a stereotyper for the Chicago Tribune. Tom’s parents died when he was young, and at age 15 he dropped out of Northbrook High School to join the Air Force during the Korean War. While in high school, Tom met Mary Wilson, whom he married in 1957.

Tom credits the company’s success to his partnership with Mary, and throughout their marriage the two have continued to pursue their love for furniture. During the early years of their marriage, Tom and Mary supplemented their income by purchasing old furniture, refinishing it in their home workshop, and reselling it. “That’s when I began to closely examine pieces and really think about the designs and intentions of 19th century craftsmen,” muses Tom.

Get 10% Off your order with code AUG020 Dismiss