We have had the distinct honor of crafting chairs for popes and for presidents – and now historians. Our master cabinetmakers have meticulously measured, shaped and constructed a perfect replica of the original Speaker’s Chair used in 1774 at the first meeting of the Continental Congress. The first replica was presented to David McCullough on June 21, 2018, following the announcement of The David McCullough Prize for Excellence in American Public History. 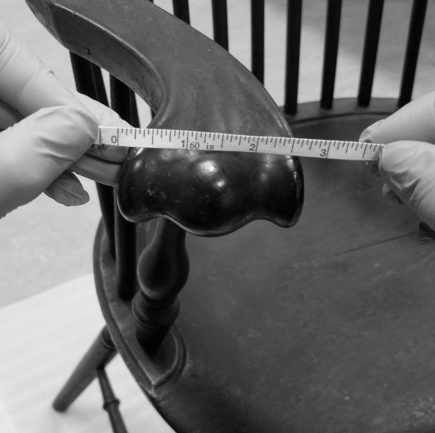 The original Speaker’s Chair on display at the Museum of the American Revolution was examined and measured for accuracy in shaping and construction. 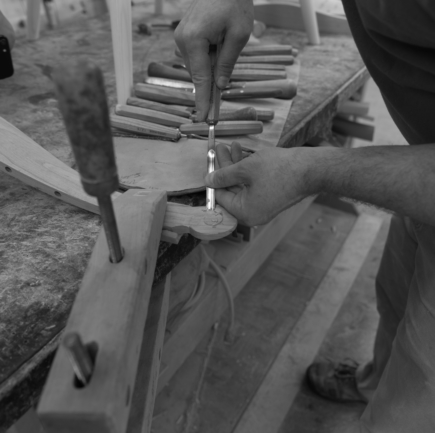 The arm and crest rail of the chair are meticulously hand carved by a master craftsman to match the details of the original. 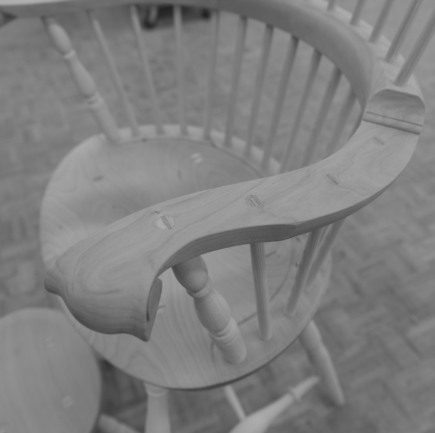 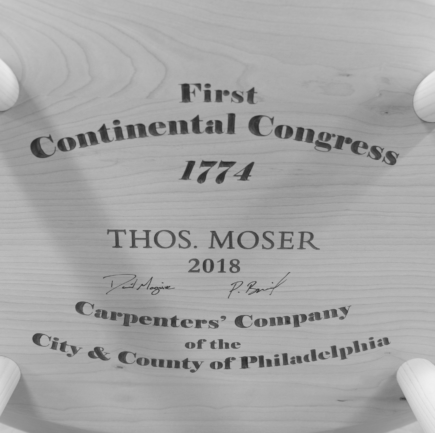 The bottom of the seat is etched with a commemorative Carpenters’ Company and Thos. Moser logo.

Celebrating a moment in history, Thos. Moser has crafted a limited run reproduction of the Speaker’s Chair used at the first meeting of the Continental Congress in 1774. Each replica will be custom engraved with a commemorative etching. The chair will be available in two of our most popular hardwoods: cherry and walnut – with the option to add a companion footstool.

The Speaker’s Chair is no longer available for purchase. Call for more information: 800.862.1973. 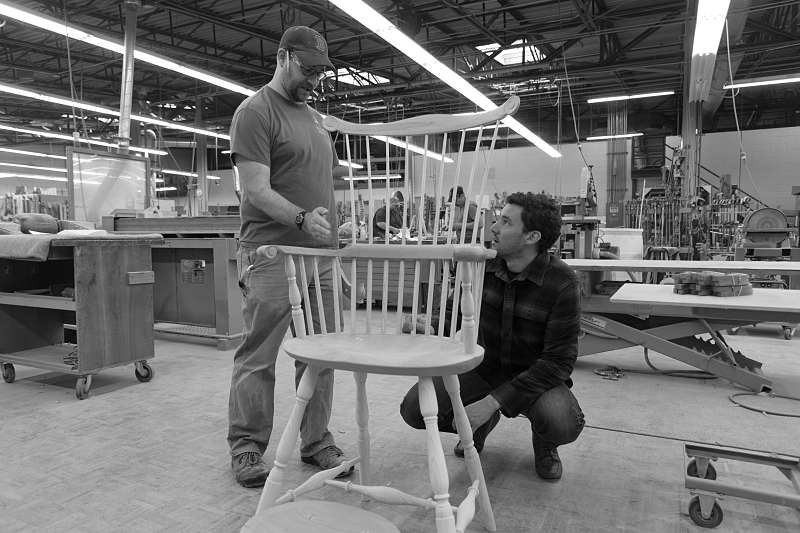 Own A Piece of History

From the beginning, Thos. Moser has had an affinity for Windsor chair forms. Through the years, we’ve explored many iterations of this elegant chair from our iconic Thos. Moser Continuous Arm Chair to our Eastward Chair.