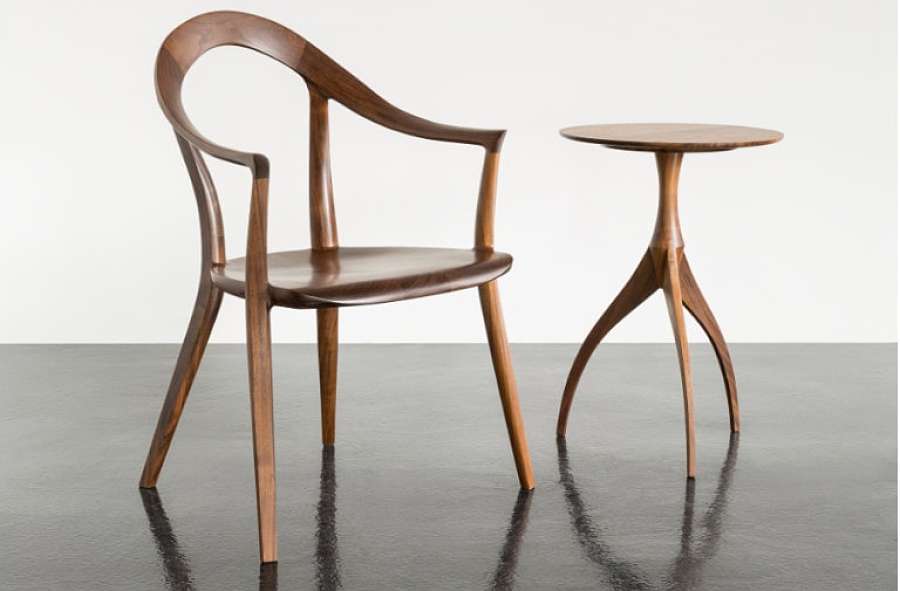 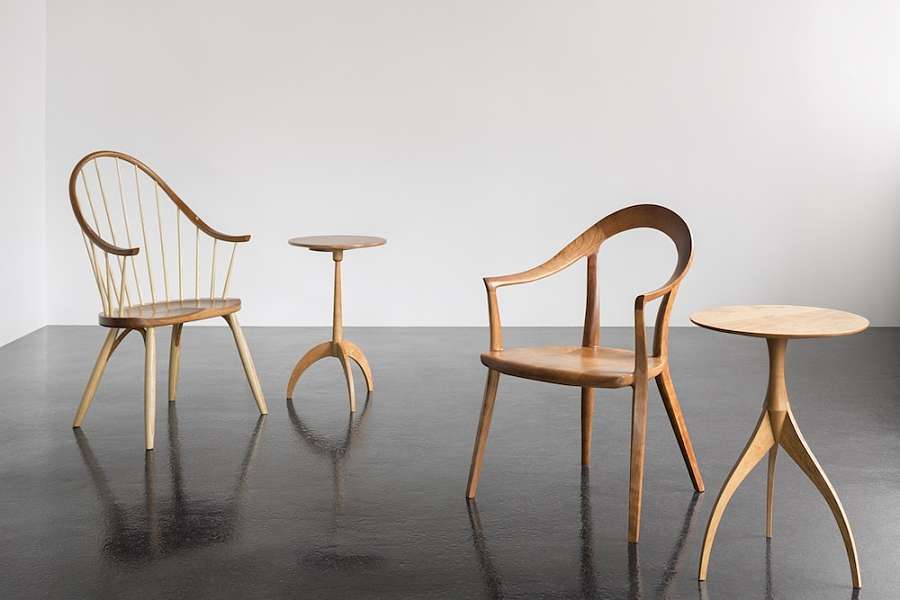 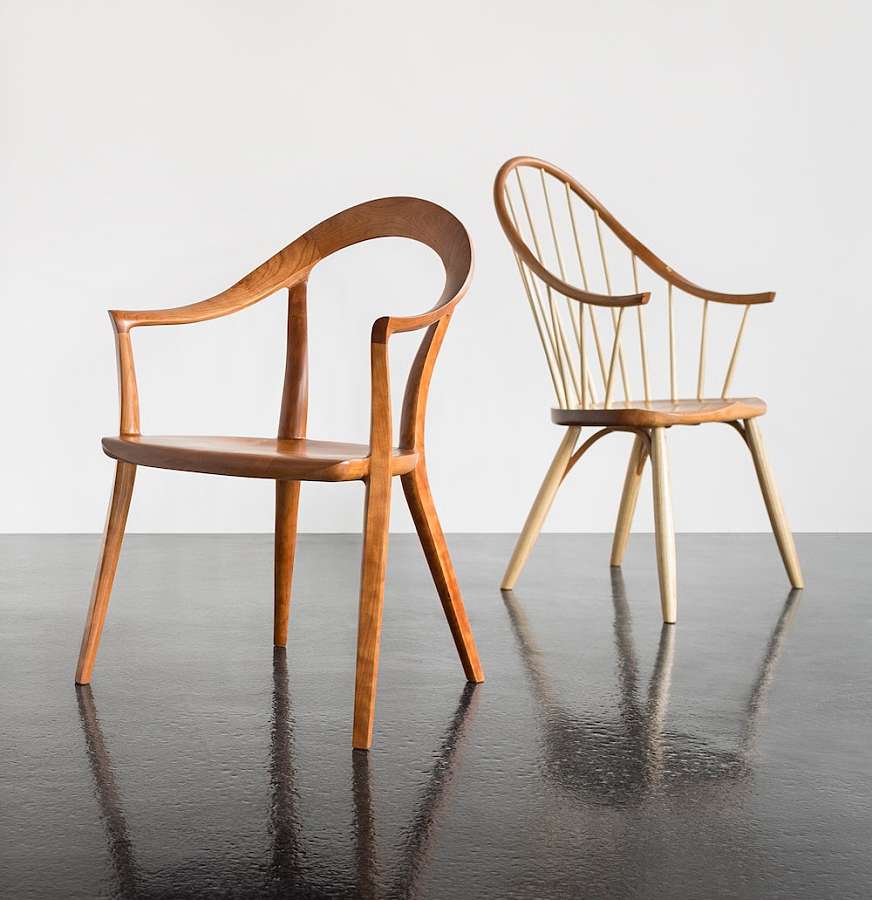 The Sequel Collection tells a story of succession, where a next-generation designer realized an interpretation of one of Thomas Moser’s most prominent works.

Developed on an admirer’s suggestion, the Sequel Collection started as an evolution of our Continuous Arm Chair, a perennially popular Moser classic that began as an evolutionary reinvention of the Windsor Chair. Marked by its light weight, strength and simplicity, the Continuous Arm Chair took Tom Moser two years to refine, using bending, laminating and wedging techniques now integral to many of our offerings.

In designing the Sequel Chair, David Moser re-envisioned the Continuous Arm Chair. Where Tom departed from the heavier, bulkier composition of the Windsor, David found new ways to create substance from subtraction, eliminating the need for back risers with a gracefully sculpted continuous arm and back.

Like the collection’s Chair, the Sequel Table is understated in its elegance, with three legs that mimic the curve of the Chair’s continuous arm and join smoothly before rising to the tabletop.

Sequel refines any setting, bringing quiet power and grace while offering visual relief through a natural marriage of gentle curves, minimal mass and the very space of its surroundings.